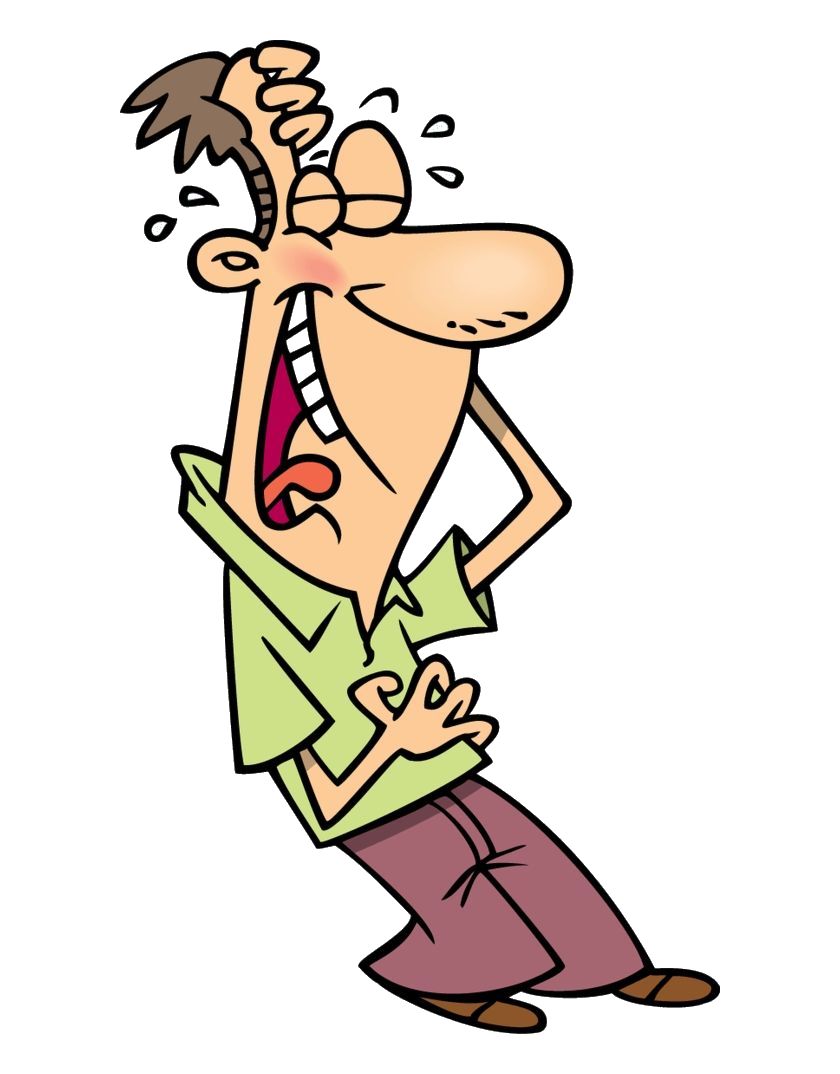 The Guy that Thinks You’re Hilarious

This is an analogy I use in my coaching quite often. It’s been coming up a lot in my client calls recently, but I’ve used it for years now, almost a decade. It provides great insight into how we perceive and construct other people, and power so that we can do something about it.

We’ve all had that friend: the guy that thinks you’re always funny. Maybe it started when you first met. There was something you did that was really funny, and since then he’s related to you as a hilarious person. Whenever he’s around, there’s really no way to not be funny around him; he laughs at pretty much everything. Eventually, you find yourself thinking and acting differently around him. Around him you ARE hilarious, not just because he thinks you are, but because around him you are saying and doing different things.

A great example I heard before, during a personal development course, a man shared with the group that his wife was always complaining. She told him of everything she thought was wrong, and what she would do better. He wanted to know how to get her to stop being so annoying.

The leader’s response:
“You’d think if he listened to his wife as a genius with really great ideas, that interaction would be different.”

What this Means for Your Life

In modern psychological theory, not only do we perceive other people, we construct other people. Not just people, but also all of the objects around us. Creating objects and people is fundamental to our functioning and survival as human beings. It’s what we’re built for, and it happens automatically.

(I’m not going to go too far with this concept. It can get philosophically deep very quickly. I’m not saying that all of you are just figments of my imagination, I’m just saying that I create my perception of you, and that it happens automatically without any conscious thought or intent on my part.)

(Conversely, who you are when you’re around other people is a function of them and their perception. Both of these are happening at the same time, and they’re interacting with each other. I tend to focus on the one you have power in: your perception of other people.)

It’s like the guy who always thinks you’re funny. If he never laughed, or chuckled, or even smiled at the things that he thought were funny, then his thoughts and feelings and opinions would have no impact on you, who you are, and what you do. It’s only because he laughs or chuckles, or whatever else he does that gives you the experience that you’re a funny person that impacts you.

In essence, our perceptions put people “in a box.” We categorize them as a certain kind of person, and then that perception becomes a filter through which we see everything they do. We can create the box of “annoying person,” or “hilarious person,” or “loving and caring person.” Whether this is a good or bad thing is entirely up to you. The main question is,
“Are your actions creating a world around you that you want to live in?”

If the answer is yes, then you’ve mastered this concept and there’s no need for you to read any further.

But for most of us, including myself, it’s an ongoing practice. It’s our default nature as human beings to first see what isn’t working, what’s annoying or frustrating. It takes awareness and intention to create another path.

A lot of the practice for me comes from my interactions with my mom. Like any mother, she has lots of opinions about my life, and she also has no qualms about telling me. Just a few days ago she sent me an email telling me to schedule an appointment with my dentist. “Please do it rather than wait for problems to arise,” she wrote.

My first reaction was annoyance, followed by defiance. I already had an appointment scheduled, but she didn’t know that, she just assumed I didn’t have one. God, how could she be so annoying? My second reaction was to just ignore the message. How dare she try to tell me what to do, and treat me like a child who doesn’t know how to take care of himself! She doesn’t deserve a response.

But then there was a thought ruminating in the back of my mind, slowly growing over time. She’s my mom. She cares about me and wants the best for me. In fact, she cares so much that she can’t bear not telling me. From that, a new perspective arose: I don’t have to actually do the things she’s saying. In fact, I never have to do any of them. I just have to hear them as her caring about me, that’s all.

What happened after that is I just sent a quick reply, “Thanks mom! I have an appointment scheduled for Monday.”

The impact for her is that she gets to express herself and say what’s going on for her. She has the freedom to be herself around me. The impact on me is that I’m not annoyed or frustrated, and I can hear anything she’s saying as her expressing her care for me.

With a single action, I diverted our relationship from heading down a path of annoyance and avoidance, and instead consciously and intentionally directed it towards a relationship with love, care, and listening, while maintaining my individuality (I don’t have to actually do anything she says).

Have you had the experience of someone “putting you in a box?”

Do you notice that you put people in boxes?

Now that you see this, is that the box you want to put them in?