Some of you who know me personally know that I spent 5 years in China studying kungfu. I spent 1.5 of those 5 years studying Taichi. It was my primary exposure to Taoist philosophy, and is why I included the yin-yang symbol in the logo for my relationship coaching. 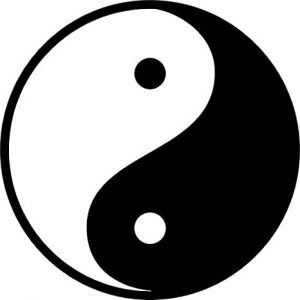 [For those who want to know, I studied Small-Frame Chen-Style Taichi with Master Liu Wan-Kun, who was trained in the Chen Family Village.]

When I returned to the US in 2006, I searched for further instruction. I discovered a group that practices Push Hands in Pleasanton every weekend. In fact, I think they’re still meeting to this day.

[You can search for Howard Wang, he teaches Yang-Style Forms and Push Hands. Tell him Steve Yang sent you!]

Push Hands is an exercise in applied Taichi. There are different levels of complexity, depending on your experience, but the overall goal is to unbalance your opponent. At the simplest level, you and your partner repeat a pattern of movement with the goal of making things smooth, finding balance, relaxation, and body alignment; not just within your own body, but also with theirs. At this level it’s very similar to partner dancing.

At the most advanced level, you and your partner, who is more like an opponent now, are on a raised circular platform. The goal is to get your opponent’s shoulders pinned to the platform, or throw them off of the platform. The reason this is taught last is that it’s easy to follow your instincts to tense up, stop breathing, and get angry. All of this is exactly against the ideals of good tai chi, and good martial arts in general: relax, think clearly, and act quickly and smoothly.

There’s a lot more that can be said about what Taichi Push Hands taught me. A lot of it is analogous to life, but today I’m focusing on Recognizing Opportunity.

One day Howard told me something that still provides a lot of value, “Just because he is attacking you doesn’t mean you need to defend.” He went on to explain, using snipers as a metaphor. 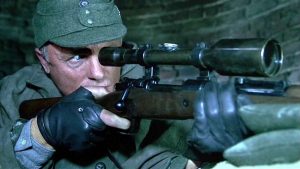 The deciding factor is: who sees the opportunity first, and who takes advantage of it first? That’s the person who wins the sniper fight.

In fact, opportunities can be created by opening up a line of sight (revealing a vulnerable side), which will seem like an opportunity to the other person so they will line up to take it, not knowing that they’ve just set themselves up for you; you’ve set a trap and they fell right into it.

[As a disclaimer, taichi push hands mimics an oppositional/adversarial situation. Scenarios tend to be win/lose, which is generally not a great mindset for conducting business.]

As it pertains to what’s happening in the world right now with COVID-19, a lot of people are experiencing being pushed around. It hurts, we’re off balance, we’re trying to find our grounding again. But what if we consider this an opportunity? Not just an opportunity for the ultra-rich, but also an opportunity for everyone else? What avenues of action do you see that you can take advantage of?

Just because you’re on your back foot doesn’t mean you’re the one defending. It’s an invitation, a clear line of sight. An opportunity is opening up, not just for COVID crushing the world economy, but for us everyday people who are getting pushed around.

And I get that COVID is a behemoth. It’d be like if I went up against a 300-lb, 6-foot-8 bodybuilder, which I’ve definitely done before. It’s hard. It’s easy to feel overwhelmed. It’s going to push us around a lot more than we’re used to, and we’re going to want to just give up. But I’ll tell you something about persistence: eventually you’ll learn the skills, but only if you keep going in and keep trying.

The beginning will be failure after failure. Then you’ll start to see the opportunities but not know what to do about them. And then one time you’ll come close, the behemoth will take a step to keep from falling. Eventually you’ll have one successful strategy, then two, then three. And then you’ll know yourself as someone who can take on something huge and scary. Not because you knew how to all along, but because you had faith in yourself that you’d figure it out.

What did this open up for you? Or are you having trouble seeing opportunities? Wherever you are, I’d love to know!