This is a re-write of a previous blog post: Living Large by Living Small. There was something I didn’t quite capture in that version that I will attempt to create here. Here is the link to the previous version: https://coachsteveyang.com/living-large-by-living-small/

This global pandemic has definitely changed the world. Our lives were sent into upheaval, and in the first few months we scrambled to cling on to any sense of normalcy. But if you were like me, the idea of “getting back to normal” seemed to fade away by the third month of Shelter-In-Place. There was no going back, things had changed for good.

Now that I look back to a year ago, sometimes because of a facebook memory that pops up on my feed, I was doing so much: coaching, partner dancing, circus arts, burlesque performances… So many rehearsals, overlapping social events, needing to choose one community over another because I just didn’t have the time. It’s crazy that I made myself so busy.

And who could blame me? We are constantly bombarded with advertisements egging us to “aim high,” “sleep when you’re dead,” and “go big or go home.” In fact, now that this virus is starting to let up, I’m seeing all of those messages show up again. The question is, do we really want to go back to that?

As SIP trudged along into its third month, my world shrank. Instead of being in contact with thousands of people on a weekly basis, that number dropped into the single digits. My social interactions were limited to:

Initially, there was a lot of grief. After all, I thought SIP was only going to last a few weeks at first. That kind of holding on delayed my ability to let go of the way things used to be. It was somewhere around June or July that I really let go of the idea that things would “go back.” I stopped saving my energy and effort for when things were “normal again,” and I started living my life with these new constraints.

I found myself doing certain things that I’d just overlooked in the past:

The impact of my life getting smaller is that:

But Steve, what about having an impact on the world? Don’t you want to leave your mark?

Yes, I absolutely do. I want to make the world a better place, not just for me, my family, and my neighbors, but for everyone. This brings us to the entire point of this blog.

I want to bring your attention to the idea of a fractal. It’s an infinitely scaling, infinitely repeating pattern, meaning if you zoom in you will see the same shapes repeated. It’s the same if you zoom out. 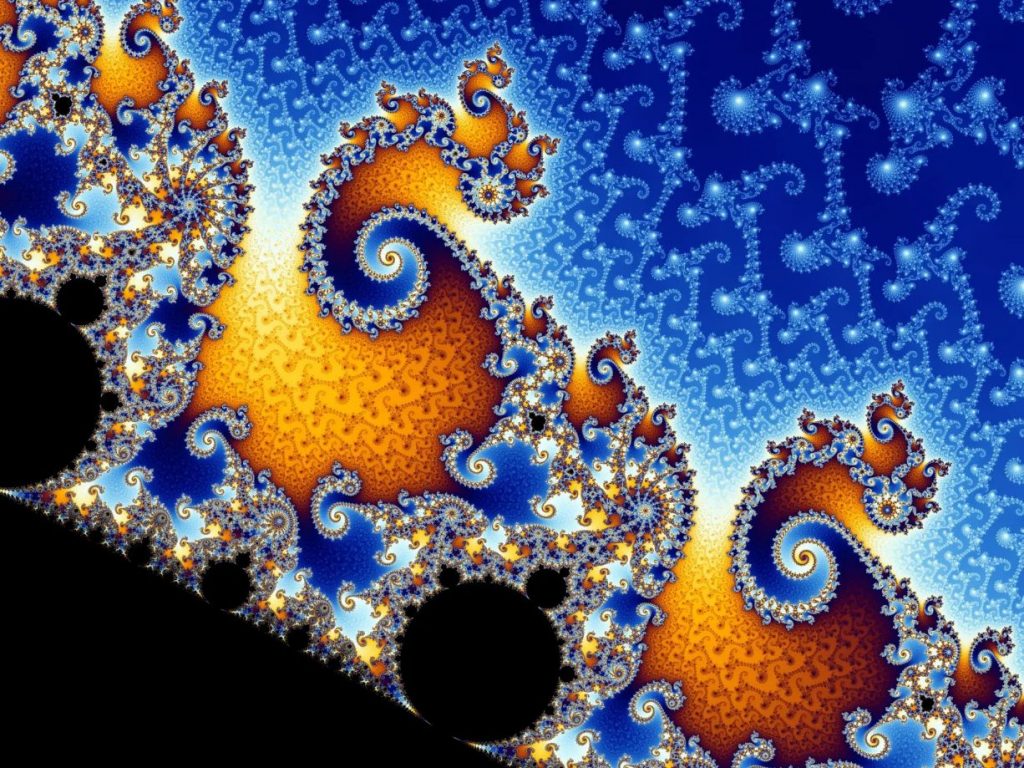 Consider that the universe is a fractal. On the scale on which the universe repeats itself, I tend to think about the similarities between Astrophysics and Nuclear Physics. Things on the very large and very small scales are eerily similar to each other.

Now, I don’t want you to get too bogged down in the details. This is a metaphor, not a scientific theory. It’s more based in philosophy, and is a perspective that helps me think about things, insomuch as it’s useful to living a happy, healthy life. What I do want you to take away from this metaphor is this:

We can spend our energy trying to impact the next bigger level. We can play on the scale of an entire nation, or an entire planet, or an entire universe. It’s certainly possible, and some people do it. If we’re not careful, playing on those scales can have a great cost. Even though we’re impacting a larger scale, we may be ignoring our neighbors, our families, or our partners.

Pay attention to the impact you’re having on the scale immediately accessible to you: the scale of the individual human being. Ask yourself these questions:

If the universe is a giant fractal that repeats itself, consider that the impact you have on one scale automatically and instantaneously repeats itself on all other scales, from the sub-atomic to the universal. And if your actions have such broad consequences, here is what I want you to take away from this blog:

There is no action too small, no act of kindness too trivial, no gesture too insignificant, that won’t alter the very fabric of reality on every scale.

So go ahead, spend a few minutes with your neighbor. Stop to chat with the grocery store clerk. Teach a class with just 1 student.

I hope you’ll find, just like I did, that your life will become much more fulfilling and satisfying.

Did you notice anything about how you’re living your life now? What do you see that you could do differently? Please tell me, I’d love to know!
You can email me: Steve@CoachSteveYang.com