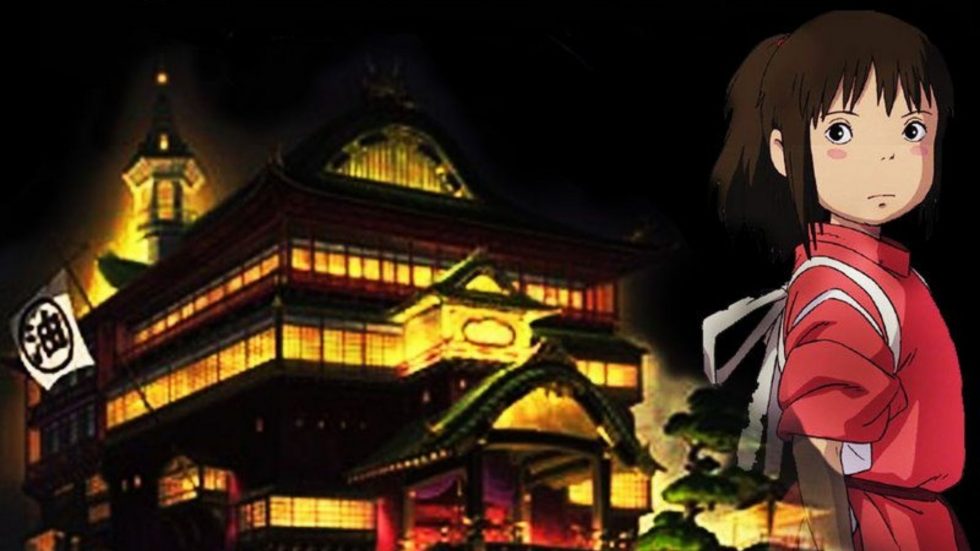 There’s a popular Hayao Miyazaki film called Spirited Away. It’s a great movie about courage, discipline, and hard work that takes place in a Japanese bath house for the gods. There is one scene near the beginning of the film where a Stink God comes to the bath house. It’s green-brown with sludge, and its odor makes everyone run away. 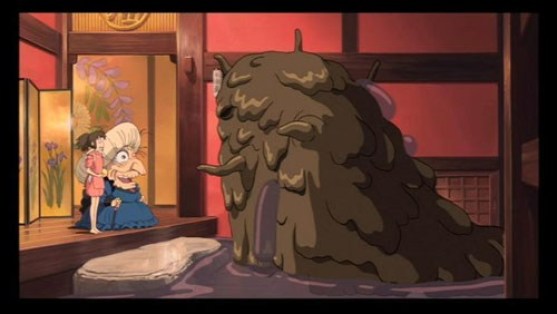 The main character, Chihiro, or “Sen” because her full name was taken by the owner of the bath house, is ordered to bathe him. Holding her breath, she leads him to the largest bath, orders the best herbal mixes, and starts the soak.

Eventually, she comes across something stuck in his side. She rolls up her sleeves, and with the help of the other bath house workers, ties a rope around it and pulls it out. It’s an old bicycle, and unplugging it releases a flood of sludge, old car tires, a shopping cart… everyone is covered in a layer of green-brown slime.

All the sludge and slime get washed away by the bath water that’s still running, and up out of the bath comes flying a River God; happy, free, and grateful for the help to get clean. 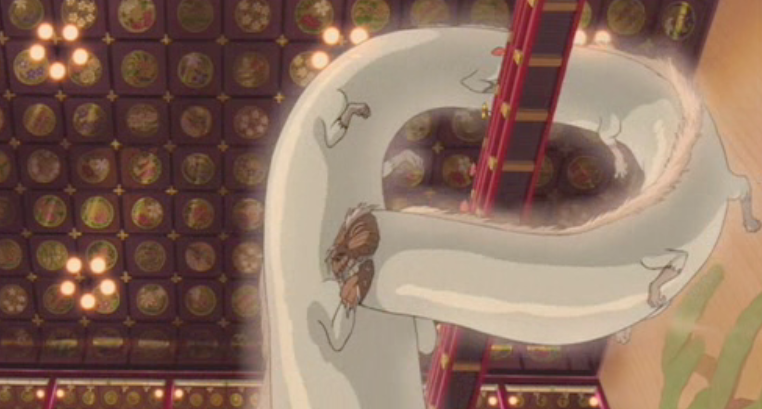 Let me explain how this applies to our lives.

Pollution:
When we meet people, who they are is often buried underneath what they were trained to do or not do by other people or experiences in the past. Some people understand this about themselves, and actively seek to continually wipe away layers that could build up. These are the people like you who tend to read about self-development, psychology, spirituality, and the like. However, some people are buried so deep that the pollution is all they know of themselves.

In the film, Chihiro is distinctly aware of how unpleasant it is to be around the Stink God. Her hair stands on end, she holds her breath, and her shoulders tense up when she’s near him. The key here though is that she is still cordial, invites him in, and then does her best to give him a bath.

In order for set other people free, it will take courage and discipline on our part, which brings us to:

The Bath:
Sometimes people in our lives show up as harmful or otherwise unpleasant. It took years and possibly decades to solidify their behavior so that it’s consistent and repetitive. Understand that it will take time to undo them as well. The key to cleansing these things is to first understand how they came to be in the first place:

The world is, by default, a punitive place.

By this, I’m not only talking about the natural consequences of things, like when you touch your hand to a hot stove. I’m also talking about how people tend to treat each other; as a default, human beings tend to punish each other.

If the pollution was put there by a punishing world, then continuing to treat them poorly because they are a Stink God only serves to confirm for them that the world is a punitive place and that there’s something wrong with them. Simply put, adding more pollution to the Stink God only makes him more stinky.

Note: I’m not saying you need to work with every person who has harmful behaviors. Nobody has time or energy for that, not even those of us who make it our job/career. I’m saying that if you do choose to work with them, this metaphor may help you understand how to maintain your clarity, sense of self, and commitment.

If you want to cleanse the stink, you will need discipline to hold back your reflexes and instincts to run away or get angry and frustrated. After all, you are a human being too, with the same default reflexes to punish people. There will be a turning point along the way, and at first it will be the most unpleasant thing you’ve ever experienced: all their stink, slime, and sludge will come pouring out at you. You will be covered in muck. 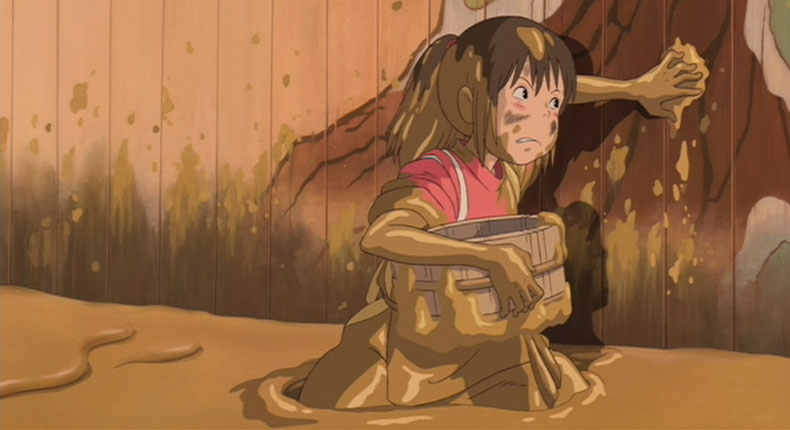 In life, this will look like them getting angry or frustrated with you, or giving you the cold shoulder, or however else they express all the negativity that’s been building up inside them that they were never allowed to release. Understand that this is part of the process. And of course you’re allowed to take breaks, too.

When this happens, the one thing you shouldn’t do is to “fight back.” You may have the reflex to do this. It may feel like wanting to scream or yell or demand thanks and acknowledgement. It may also feel like wanting to go silent or running away. I get that it’s unpleasant, but this would be like Chihiro pulling the bicycle out only to try to stuff it back in. It will do more harm to try to put it back.

Stay with your commitment. Find your courage. Steel your discipline. Keep going and know that this is all part of the cleansing.

Exceptions:
Not everyone will respond to bathing with gratitude, so you’ll need to pick and choose who you’re willing to bathe, and who not to. As a general rule, it’s best to bathe those who want to be bathed; those who are aware that there’s something else out there other than being a Stink God, and are willing to cooperate. Other times, it’s best to walk away. Here are some of those times:

Reader Reflection:
Are there people in your life that you see as Stink Gods?
Are there times when they covered you in their slime and sludge?
Which of those people are you willing to do the work to create a strong relationship with?
What will you do for them now, that you haven’t done before?