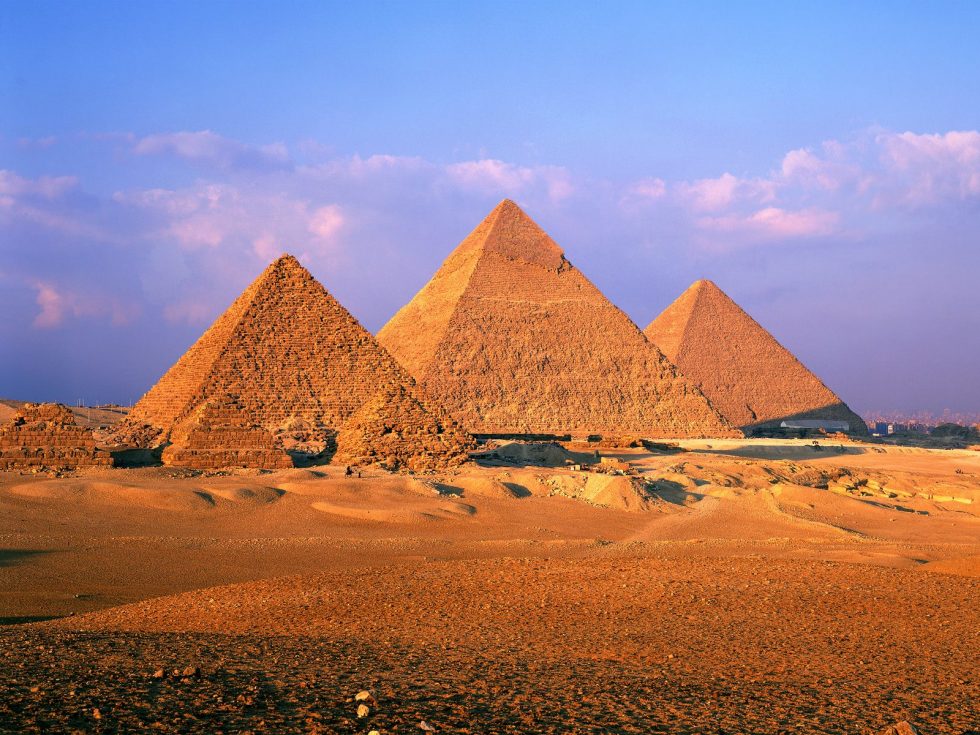 I used to play a lot of city management games when I was young. They’ve taught me a lot of different things:

There was one game in particular called Pharaoh. 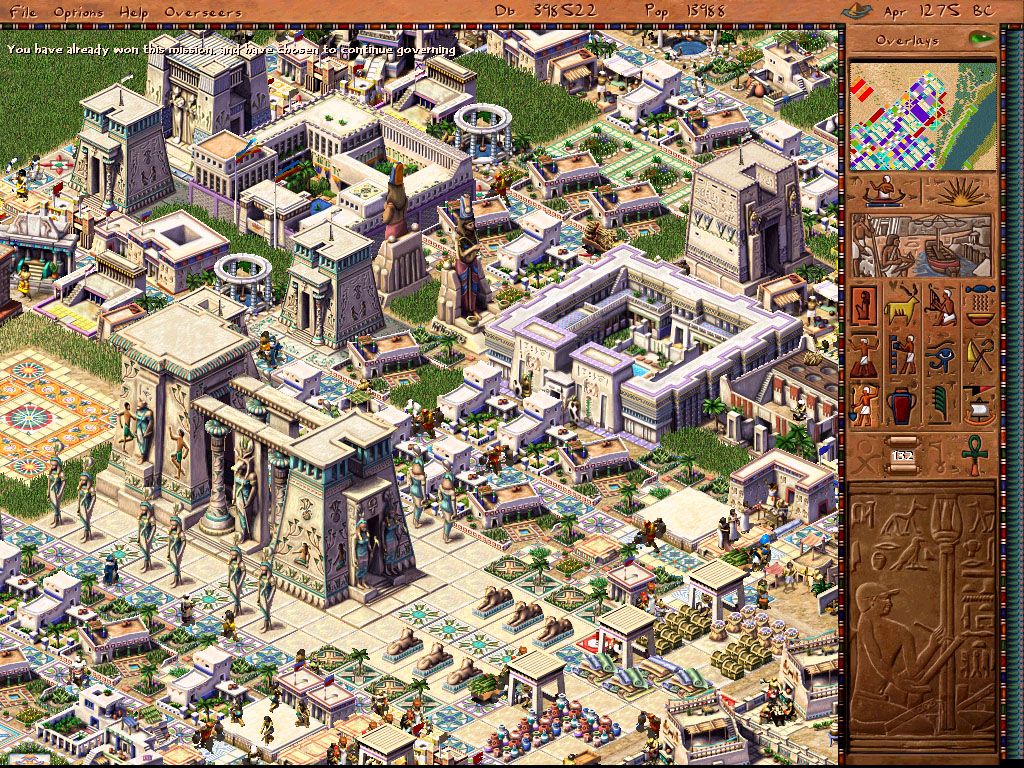 It was set in ancient Egypt. There were certain resources you could use to make money: gold, gems, farms, hunting, etc. There were also Gods that would bless your city if you worshipped them well, and cursed your city if you ignored them. There was also a king who would send down royal demands. If you didn’t meet them, he would come in with his army to “teach you a lesson.” Eventually, if you continually didn’t fulfill his demands, he would kick you out and find a replacement mayor. Game over.

One particular demand was to build a pyramid. I mean, you can’t have a city management game set in Ancient Egypt without pyramids, right? The first time I was tasked with this, I was surprised by how much infrastructure it took:

Once the plot was set, a “progress bar” appeared above it, indicating how much of the pyramid was complete. The makers of this game must’ve done some pretty good research on how the Ancient Egyptians built their pyramids. For a long time, my city kept producing stone blocks, and wood planks, preparing for the build. Warehouses were getting full. There were no stones laid and no planks used, yet the pyramid site reported 20 workers working, and the progress bar kept filling up. 20% complete. 30%. 40%. 50%.

Every once in a while I’d glance at the pyramid site and find a worker walking around the lot. 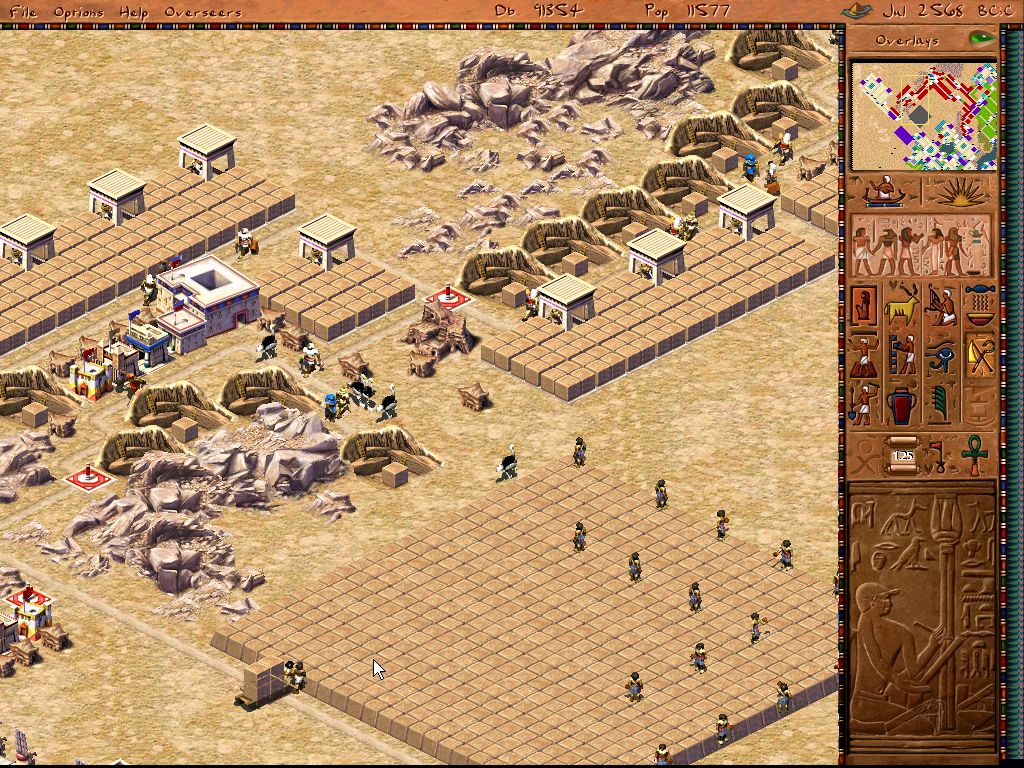 Only when the progress bar reached 70% did I see carpenters go into the warehouses to get the planks to build the scaffolding. And then the workers began hauling stone blocks to the site. Now things were finally being built above ground. Finally we have something to show for all the work we’ve been doing. All the food, houses, water haulers, jugglers, dancers and bazaars; jewelers and clothiers, stonemasons, carpenters, warehousers… all to support this one endeavor.

A few short moments after setting the first stone, the rest of construction goes quickly and smoothly. The progress bar goes from 70%, to 80%, to 90%, the pyramid reaches higher and higher until finally I see the carpenters removing their scaffolding, leaving the pyramid to stand on its own. 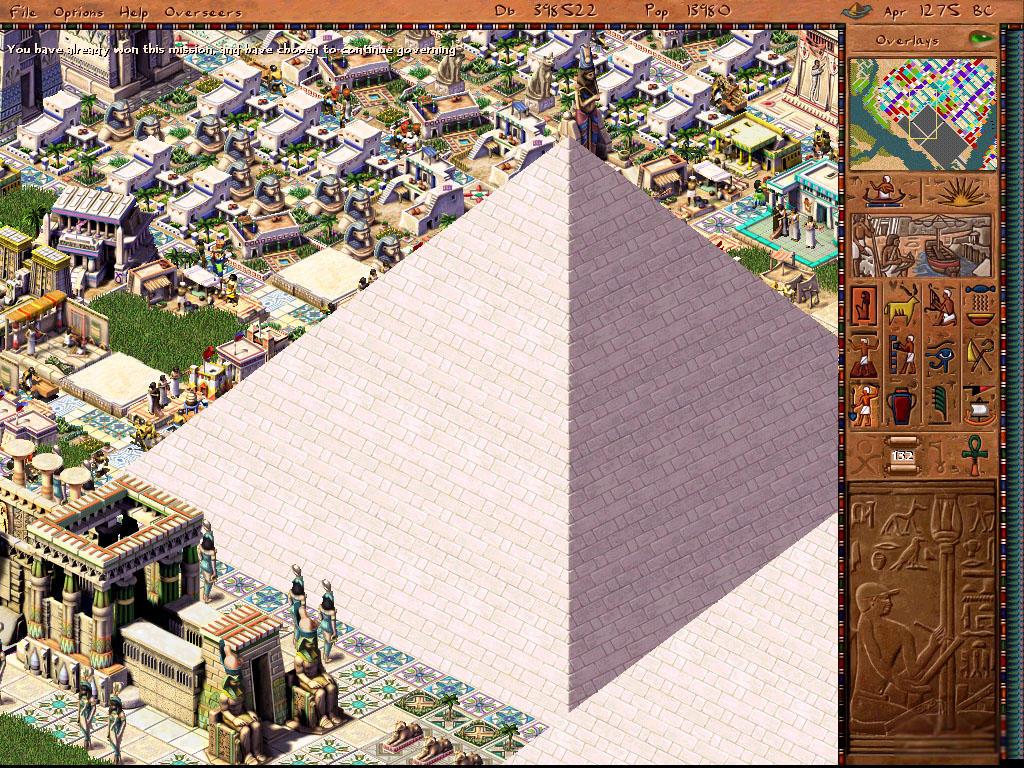 This is what it’s like with every endeavor that is built to last, whether you’re:

It takes a whole lot of time and work before you have anything to show for it. People won’t notice anything special about what you’re doing… you haven’t laid the first stone yet. But that’s ok. Remember that once the first stone is laid, there’s so much work that has to be done if you’re building it to last.

Wherever you are in your process, don’t be ashamed if you have nothing to show for it yet. By the time you have something to show, by the time the pen hits the paper, or your hands meet the clay, or your shop opens its doors, or you finally start that uncomfortable conversation with someone you care about, nearly all of the work is already done. If everything is set up properly, the rest of the process will go quickly and smoothly.

And if it doesn’t go quickly and smoothly, don’t worry, that’s all part of the process too. Before I succeeded in building that pyramid, I failed over and over. The Gods were angry and cursed me with floods, droughts, and food shortages. The King’s army raided my city until it was reduced to burning rubble. I tried again and again until I found that delicate balance and was able to maintain it.

So will you, if you just keep trying.

Did this blog bring up something for you? Have you been working on something with no measurable results, but are certain you’re on the right path? Please tell me. I’d love to know!
You can email me: Steve@CoachSteveYang.com